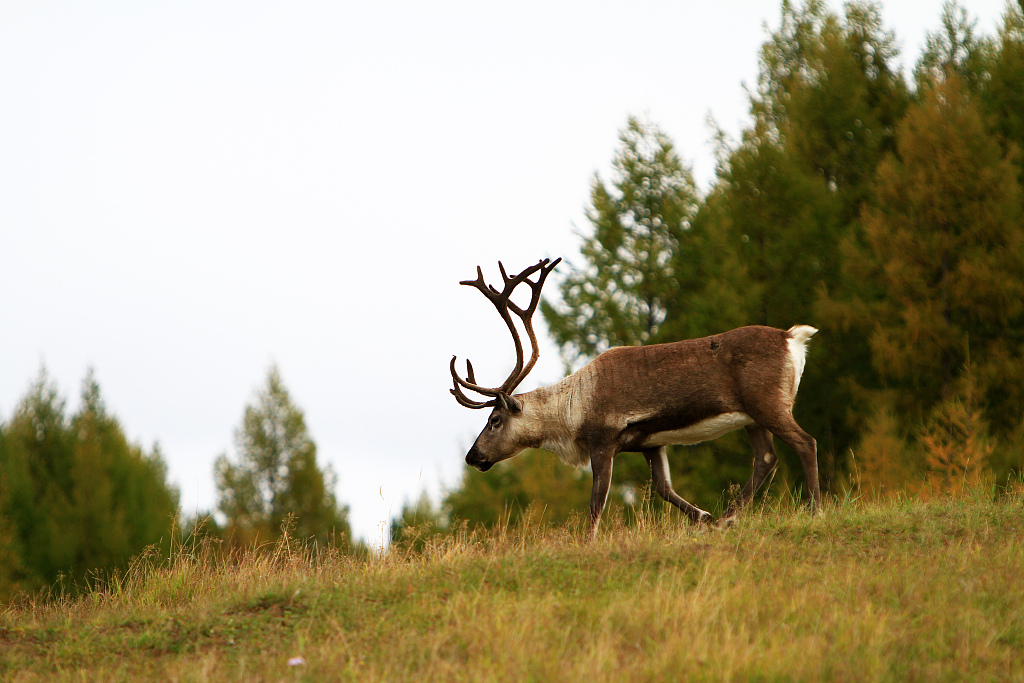 In Aoluguya Township, reindeer used to be the main means of transportation for the Ewenki ethnic group. In modern society, however, many hunters still maintain the tradition of raising reindeer and use their ways to protect the creature.

Damara, a local hunter, has seen the birth of several fawns since April. As many first-time mothers cannot take care of their fawns and might even abandon them, local hunters will help nurse the babies during the two-month-long calving season.

"I regard them as my babies, and I feel happy no matter how tired I am," said Damara, adding she has more than 100 reindeer and each one of them has been named.

Statistics showed that over 1,400 reindeer live in the northern areas of the Greater Hinggan Mountains. In Aoluguya, there are 13 breeding spots.

During the calving season, Ewenki herders also enhance patrols in the forests to guarantee the safety of these creatures.

The township has seen the expansion of the reindeer population in recent years, as the local government has taken actions to protect breeding and also worked with an agricultural institution to improve survival.

More than 180 reindeer are expected to be born during this calving season, according to local government.

Photo: A reindeer raised by the Ewenki herders. /VCG