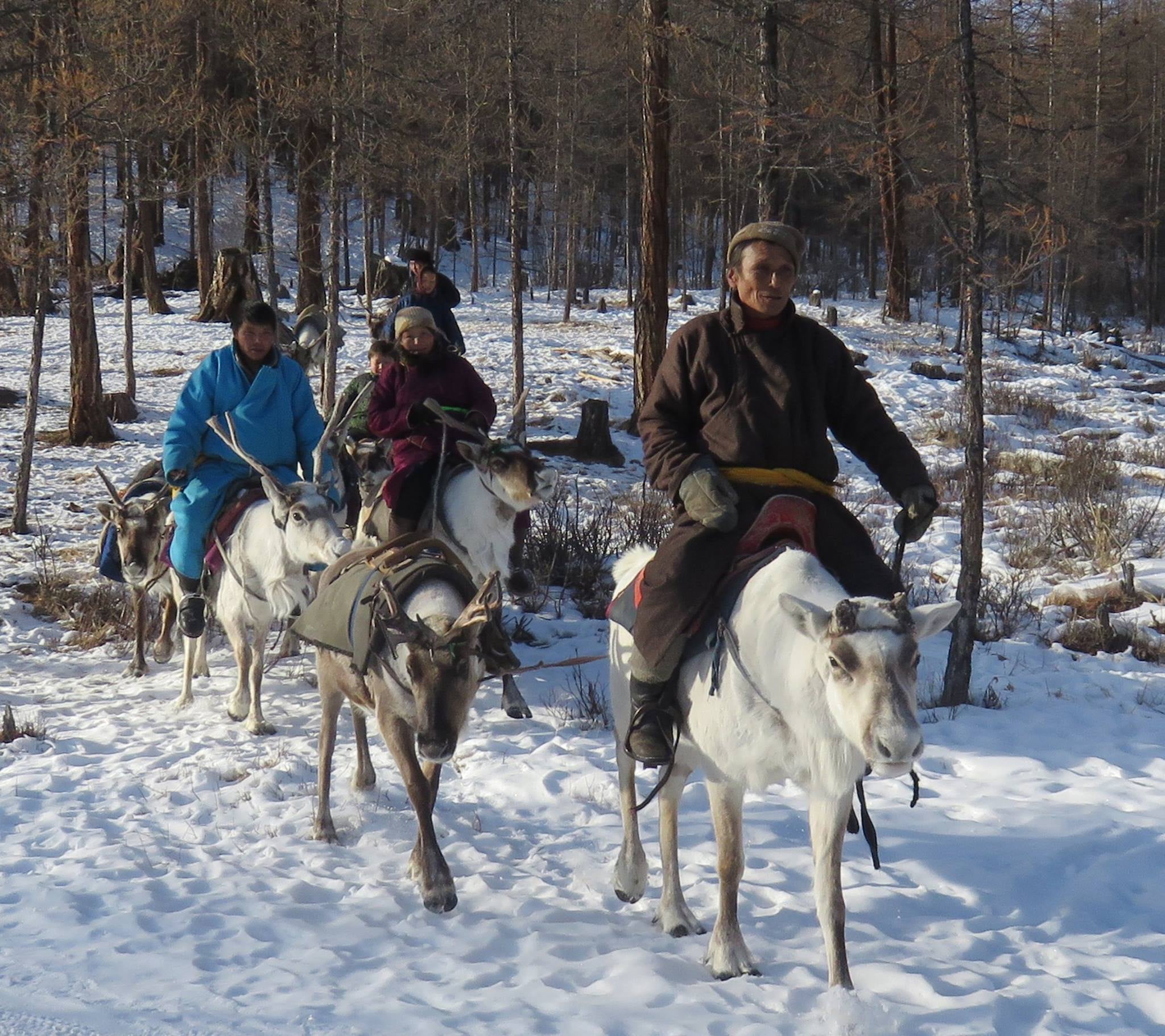 The Ministry of Environment and Tourism of Mongolia, and International Centre for Reindeer Husbandry launch of a new GEF/UNEP project: Managing Peatlands in Mongolia and Enhancing the Resilience of Pastoral Ecosystems and Livelihoods of Nomadic Herders (GEF ID 10545)

Peatlands have recently come under increased threats including from overexploitation, about 10% of all peatlands are drained or degraded in the course of land use and hence have become a significant carbon source. In addition to climate mitigation, they play a significant role in providing other ecosystem services. Drainage of peatlands results in soil degradation, high risk of fires, land subsidence, change of the microclimate, thawing of permafrost in some cases, as well as water pollution. In many cases, the information on peatlands distribution and natural features is not available for decision-makers and they have no clear incentive to recognize their ecosystem services. Peatlands form when dead plant matter partially decomposes in marshy areas, capturing carbon taken from the air by the plants when alive. The moist, rich soil is a magnet for herders as much of the country’s land is exhausted from mining, road construction, human-caused steppe fires, over-grazing or desertification. Climate change is making matters worse.

Unprecedented challenges and threats to biodiversity, land degradation and low sustainability of indigenous reindeer herding communities are also occurring globally today. Projected global socio- economic changes, combined with climate change, projected by experts as increase of mean temperature as much as 5o C increase by 2050 will continue to challenge the adaptive capacity and resilience of these ecosystems and peoples. If unaddressed, these changes will affect land degradation, lead to the loss of biodiversity and endangered species, and threaten the continued survival and economic and cultural wellbeing of reindeer herding communities.

The high significance of peatlands and peatland related ecosystems for Mongolia was identified in course of the strategic planning undertaken by the Ministry of Environment and Tourism of Mongolia which was based on the Assessment of Peatlands in Mongolia (2017). The related Strategic Action Plan identifies features and ecosystem services of peatlands, key vulnerabilities and threats and approaches and recommendations for peatland conservation.

Within the world’s most northerly regions – the Arctic and sub-Arctic – reindeer husbandry is the most common form of pastoralism. Reindeer are the only semi-domesticated animals that naturally belong to the north. Reindeer (Rangifer tarandus) belong to the species Cervidae, which is a natural part of Northern ecosystems and is resident in the northern parts of Europe, Asia and North America. The reindeer has several sub-species, one of which is Caribou. Reindeer are also divided into tundra/mountain reindeer and forest reindeer, with the former migrating between summer and winter pastures while the latter graze in woodlands throughout the year. Reindeer pastoralism is a traditional livelihood that represents a model of sustainable exploitation and management of northern terrestrial ecosystems based on experience accumulated over generations, conserved, developed and adapted to the climatic, ecological, political, and economic systems of the north. It represents a human-coupled ecosystem that has developed a historical high resilience to climate variability and change (Turi, 2008). This is because reindeer herding is a system based, as a rule, on continuous change due to the practice of seasonal migrations and day-to-day changes. Thus, the core survival strategy of reindeer communities is based on knowledge about how to live in a changing environment. Today, however, the herders’ ability to adapt to change is hindered by land degradation and fragmentation. Reindeer herding has since time immemorial been of economic importance for reindeer herding peoples, providing employment and food security. However, the importance of the livelihood goes beyond mere employment; reindeer herding has always been important culturally and socially and is a vigorous and central part of many indigenous peoples’ cultures. Reindeer husbandry represents a connection ancient in origin and practiced almost identically wherever it is found. Reindeer herding is practiced in Norway, Finland, Sweden, Mongolia, China, Russia, Alaska, Canada, Greenland and Scotland, involving 29 reindeer herding peoples most of whom (24) are indigenous peoples. Dukha reindeer herders in Mongolia and Saami reindeer herders in Europe have shown resilience by adapting to changing socio-economic and environmental conditions.