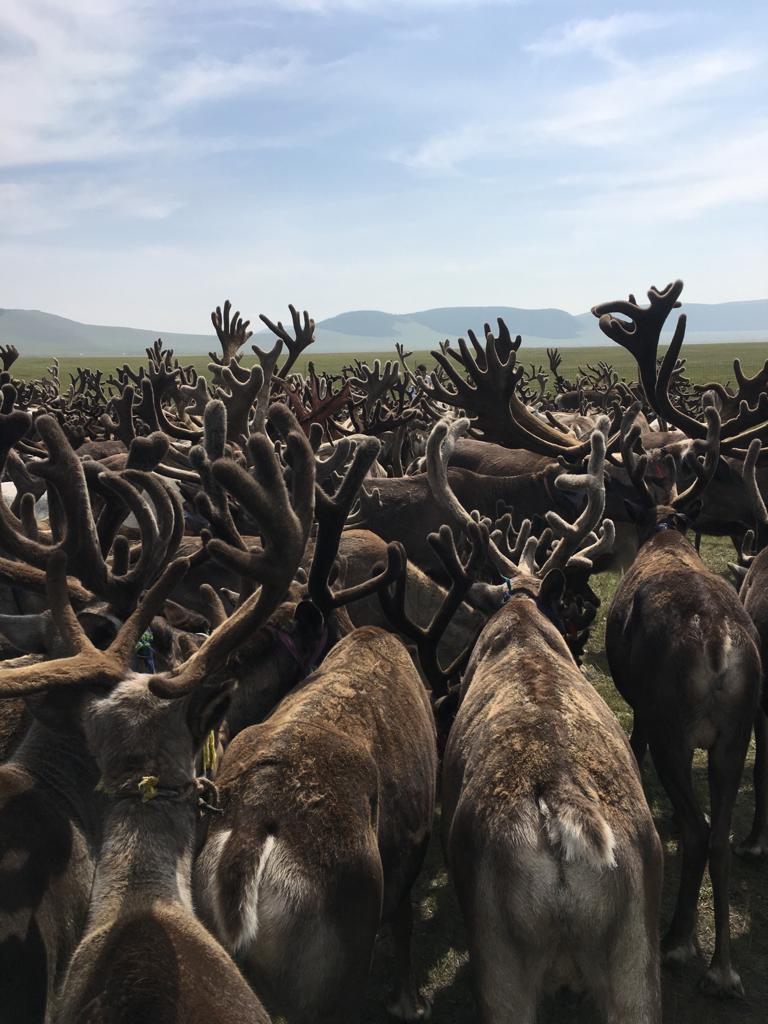 A cattle census made at the end of 2018 shows that the number of reindeer population of Mongolia increased to 2396. In particular, reindeer herder families in the taiga area of Mongolia whose lives depend on their reindeers, had 814 reindeers by the end of 2016, however, the number reached 2396 reindeer herded by 85 families, increasing three times. As of now, in Tsagaannuur soum of Khuvsgul aimag has a population of 2006 people. Also, 755 Tuva people living in the western and eastern Taiga of Mongolia, receiving an allowance from the government.

Celebrating the historic milestone of two thousand reindeer in Mongolia, “Reindeer Festival – 2000 Reindeer Celebration” was organized under the auspices of the President of Mongolia on August 16 and 17 in Tsagaannuur soum, Khuvsgul aimag. The event was aimed at promoting the heritage and culture of the reindeer people to the public and develop reindeer husbandry.

Residents of the east and west Taiga arrived at the festival with more than 1200 reindeer and Tuva people from Ulan-ude city of Russia and Inner Mongolia of China took part in the festival. Numerous events were held during the festival, including Mongolian and Tuvan traditional wrestling competitions, races of calf and fawn, reindeer polo, shuttlecock game and traditional concert of reindeer people and exhibition of traditional handicraft items. What’s more, the Food and Agriculture Department and Veterinary Clinic Khuvsgul aimag worked at the festival in order to conduct analysis and checkup on the reindeer. Minister of Food, Agriculture and Light Industry J.Saule attended the event and delivered opening remarks.

The government of Mongolia has been implementing certain measures since 2007 with a view to improve the lives of reindeer families and reindeer husbandry. Later in 2013, a resolution was approved to provide benefits for reindeer herder people. The government also has organized several works designed for the enhancement of reindeer quality and a selection of breed, which included an import of 12 reindeer from the Tuva Republic of the Russian Federation in 2009 and a purchase of 19 reindeer in cooperation the Turkish Cooperation and Coordination Agency in 2014 and delivered the animals to the reindeer herder people in the Taiga. These government actions resulted in a growth of reindeer herders’ income and an increased quality of reindeer breed, the main source of income of the herders and probability of reindeer’s offspring survival, which finally exerted their influence on their population growth.