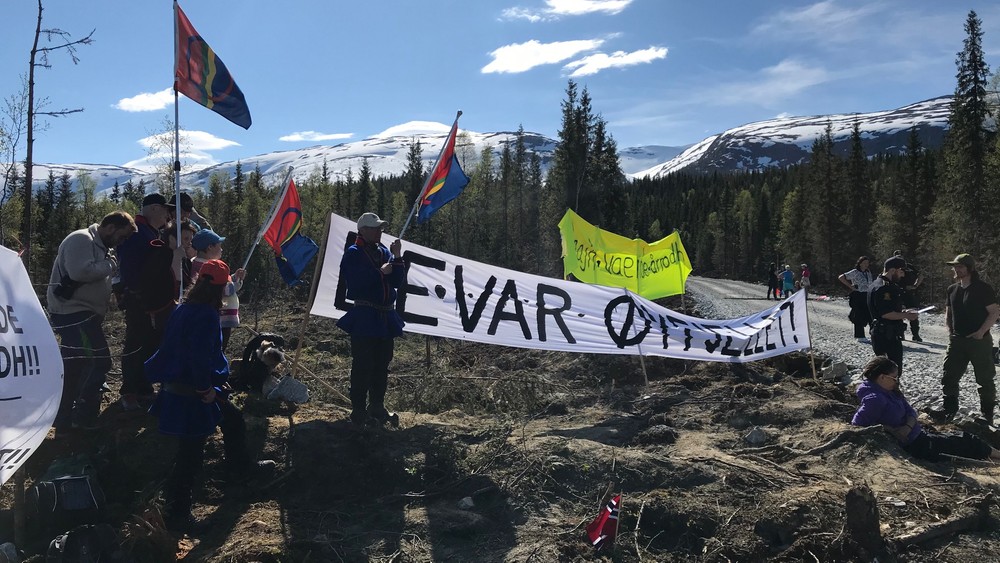 For several years, the state has allowed the installation of wind turbines in grazing areas.The developers believe that wind power and reindeer can live side by side. Now new research shows that the reality is the opposite. The reindeer avoid wind turbines.

- We find greater changes in the animals' land use after the establishment of wind power than in previous research in Norway and Sweden, says researcher Sindre Eftestøl to Klassekampen. Together with colleagues from the Norwegian University of Environmental and Life Sciences, he has been researching the reindeer herd of Frode Utsi and Rákkonjárga reindeer owners since 2011.

The researchers found out

The reindeer graze in an area within a ten kilometer radius of the wind turbines significantly smaller than before. They graze more frequently in other areas. There are signs that the animals dislike the sight of the wind turbines. During the calving period, reindeer largely get calves in areas where the turbines are not visible.

The migration patterns of the reindeer have changed. The research was done by attaching GPS collars to 30 reindeer. Information from reindeer owners in the area is then compared against movement data from the herd. There is mostly a large correspondence between the reindeer owners' experiences and the GPS data. Rákkonjárga has a reindeer herd near Berlevåg in the summer, where 15 wind turbines have been installed.

The turbines scare the reindeer

- We are most afraid of clear weather and good visibility. Then reindeer see the wind turbines, then they turn. We have a lot of extra work to herd the animals north, says Utsi to Klassekampen. He fears that the situation may get worse, because another 15 wind turbines are planned in the same area.

The new findings may affect future applications for wind power. Reindeer husbandry is also the core of the dispute in several legal disputes between the Sami and the wind industry.

On Øyfjellet in Helgeland, South Sami families demand a halt to a wind power development. At Fosen in Trøndelag, southern Sami have been awarded NOK 90 million in compensation. Their winter pasture is destroyed by wind power. Fosen Vind has appealed the case to the Supreme Court. Eftestøl believes that the new knowledge can have an impact on the lawsuits.

- Knowledge is a natural part of the discussions in those cases, says Eftestøl to Klassekampen.

PHOTO: LARS-PETTER KALKENBERG / NRK - RESISTANCE: Sami and nature conservationists together with reindeer owners are trying to stop the development of the wind industry on Øyfjellet in Nordland.