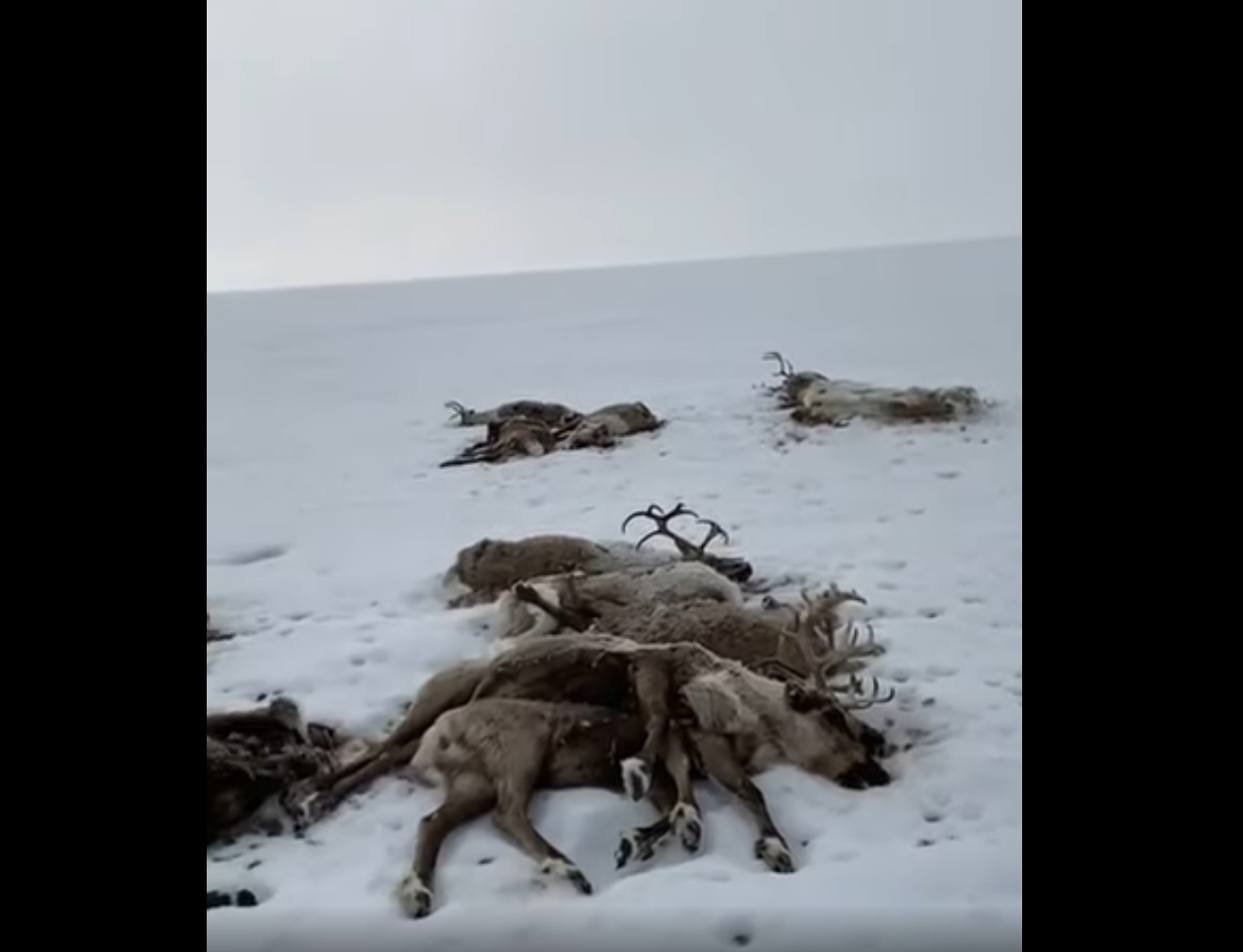 The authorities of Kamchatka are checking information about death of approximately 300 reindeer in the Tigil region of the Kamchatsiy District of Russia. On Monday, a helicopter with specialists from the reindeer enterprise Vozrozhdenie razvitiya olenevodsta (trans. - Reviving reindeer husbandry development) was flying to tundra to search for reindeer and find out the causes of the incident. This was announced by the Minister of Agriculture, Food and Processing Industry of Kamchatka.

The video, which was circulated on social media, tells that about 300 reindeer were found dead in the tundra of the Tigil region. The Ministry of Agriculture contacted the management of Tigil reindeer herding enterprises to find out the details.

“In one of the enterprises an increased reindeer mortality was revealed. Previously, reindeer grazed in the northern part of the peninsula. Due to the fires that have occurred in the tundra in previous years, the food base for reindeer has been depleted. The reindeer herding enterprise decided to move the herd to the south, this is about 100 kilometers. First, reindeer herders checked the entire route on snowmobiles. But when they began to move the herd some rivers opened up. Therefore it was decided to move reindeer inland. Because of the changeable weather an ice crust arose on the snow and reindeer could not get food on their own. Reindeer herders fed the main herd with compound feed. The dead reindeer, most likely, have strayed from the main herd” - said Vyacheslav Chernysh, minister of Agriculture of Kamchatka.

The helicopter is rented at the expense of the reindeer herding enterprise. The staff of the enterprise and a veterinarian are on board. These days snow is actively melting in the tundra, so it is not possible to get to the reindeer migration route by snowmobile.

Source: Ministry of Agriculture of the Kamchatskiy District