Source and text from CBS News 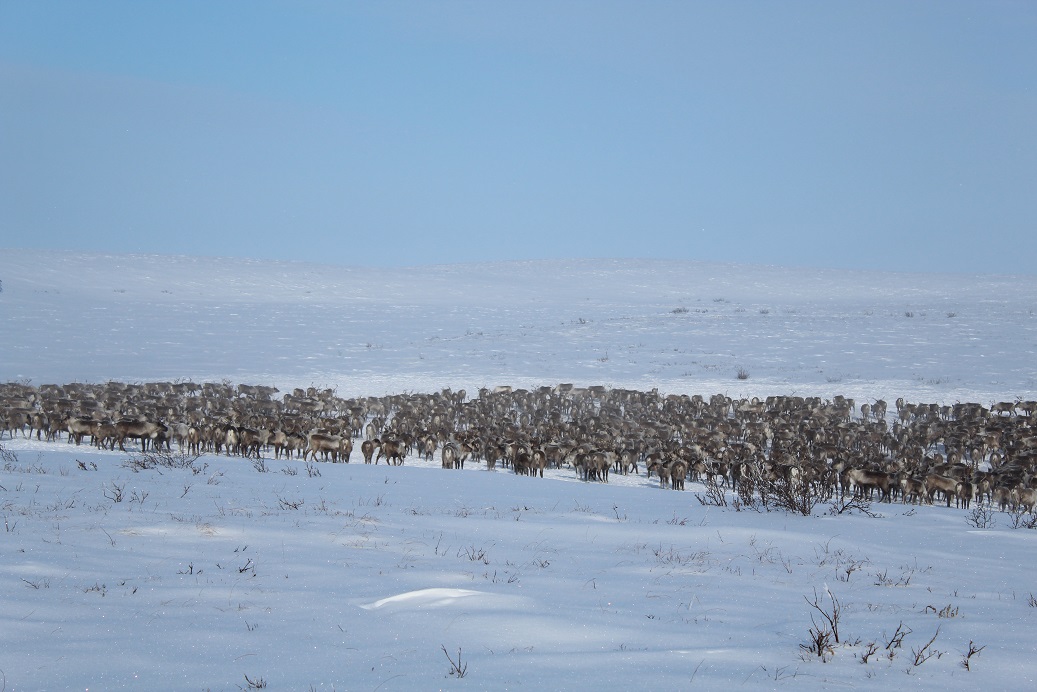 A storied reindeer herd first brought to Arctic Canada from Russia in the 1930s has been purchased by the Inuvialuit Regional Corporation (IRC) in Inuvik. The goal is to grow the herd to provide a sustainable food resource.

The IRC, which was established to represent beneficiaries of the 1984 Inuvialuit Final Agreement, announced last week that an agreement was met to transfer the complete ownership of the herd from Kunnek Resource Development Corporation to the Inuvialuit Community Economic Development Organization.

"It's a crucial resource that we recognize in the region, especially when it comes to food security."

The first group of reindeer were herded to the Mackenzie Delta in the Northwest Territories by Saami herders and Alaska Natives in March of 1935, after a long journey that originated on the other side of the world.

The reindeer were brought to the area by the Canadian government to address a shortage of caribou.

The herd, which originated in Russia, had been transported from Norway to New York City by steamship; to Seattle by train; and north to Alaska, again by ship.

Although the reindeer arrived in the Mackenzie Delta in 1935, it was actually a five-year journey to herd them from the northern United States.

Lloyd Binder told CBC years ago that his grandfather was part of the journey to bring the original herd to the region.

Smith said the IRC had been part owners of the herd for about two decades before now fully taking over.

"IRC is appreciative of Lloyd. He stepped up when there was a need for it, through all his years and efforts of trying to maintain the herd," said Smith.

"It's demonstrative of the hard work and dedication he put in, not just of him and the Binder family but also the Pulks," he said, referencing the Norwegian family that helped bring the reindeer over and subsequently married into the Binder family.

Smith said he, along with many Inuvialuit families, has a personal connection to the herd.

Smith's brother has herded with previous owners and his great-grandfather, Amos Tuma, owned a small herd of reindeer when the federal government was first trying to get Inuvialuit involved in the project.

According to a media release dated Aug. 6, the Inuvialuit Community Economic Development Organization, "with the help of an Inuvialuit reindeer herding team," will manage the revitalization of the herd with the goal to grow the herd to a sustainable processing level.

Smith said they're currently putting a strategy together to reach the goal of providing meat to beneficiaries of the Inuvialuit Final Agreement, as part of the corporation's commitment to strengthen food security and food sovereignty.

Smith said they also hope to provide food processing courses to residents so they can learn how to make different products out of reindeer.