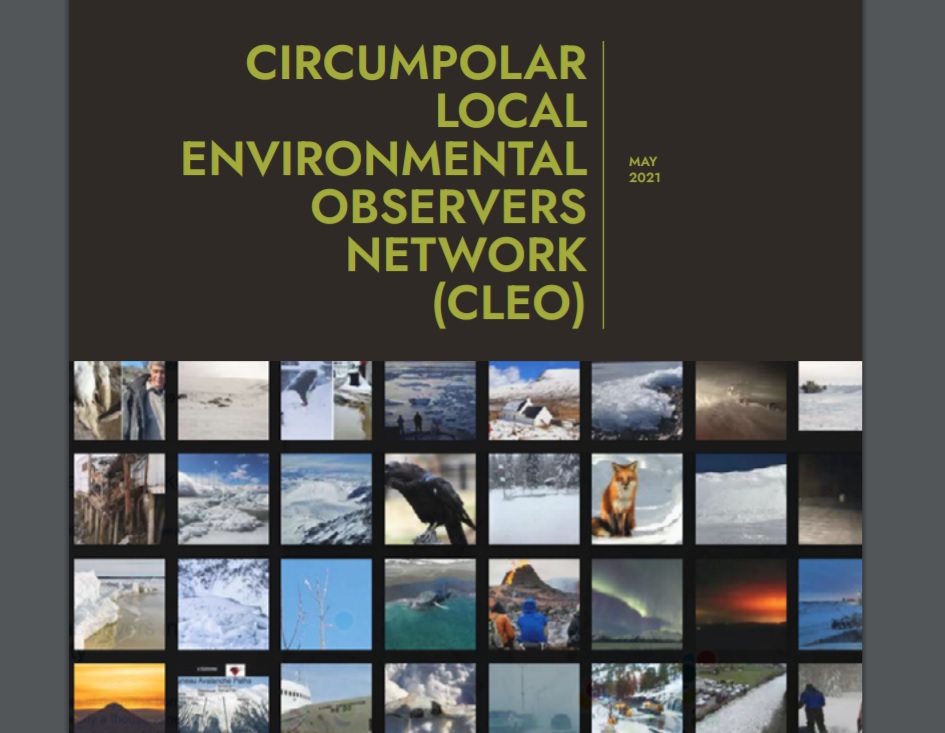 Final version of the full report from the Circumpolar Local Environmental Observer Network (CLEO) is published.

The Local Environmental Observer (LEO) Network started as a grassroots Alaskan movement by the Alaska Native Tribal Health Consortium (ANTHC) with funds from the US Environmental Protection Agency (US EPA) in 2009. ANTHC, in consultation with Tribal Leadership and environmental staff, developed a tool to document and share
environmental observations recognizing the value of traditional knowledge and local knowledge.
LEO Network is a network of people, local observers and topic experts who share knowledge about unusual animal, environment, and weather events.
During the U.S. Chairmanship of the Arctic Council (2015-2017), the Arctic Contaminants Action Program (ACAP) and its Expert Group, the Indigenous Peoples’ Contaminants Action Program (IPCAP), worked to expand the LEO Network and create the new initiative Circumpolar Local Environmental Observer (CLEO) Network to be used by and benefit communities across the Arctic.
Circumpolar LEO Initiative partners have been working to build on the achievements of the LEO Network in North America and to connect Arctic communities and observers.

A Reindeer Herders Arctic Council CLEO Hub was established in Guovdageaidnu/ Kautokeino in September 2019, financed by Norway. By use of the LEO Network and participation in the CLEO Initiative, the project partners aimed to build capacity and awareness of Sámi youth of environmental and biodiversity changes in the Arctic. Community-based workshops on environmental changes and the LEO Network with indigenous herders and youth were organized at the hub. They followed up on the initial surveillance, with monitoring in the field, by starting a simple monitoring procedure for snow.