The 5-year GEF/ UNEP project Peatlands and Nomadic Herders´ Resilience will work with land preservation in the reindeer herding areas in a broad sense, and will reduce vulnerability and strengthen societal resilience in nomadic reindeer herding communities under climate change, land use change and globalization. The project will produce topical studies as well as develop and implement 13 different education and training programs for around 300 indigenous youth from various reindeer herding peoples in the circumpolar north. The project will also make recommendations to UNEP and the Arctic Council. 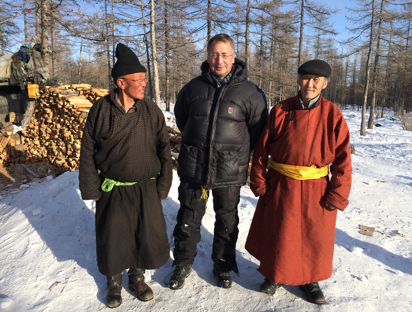 Why is this important? "The fact that these resources has now been awarded shows that the UNEP  and the World Bank/ GEF  are aware of the demanding situation of land use change for reindeer herding," says Anders Oskal , Secretary General of the World Reindeer Herders (WRH). He continues: "This is a support for competence building and training of indigenous youth and the future leaders of reindeer herding societies, where the development of new approaches, environmental apps and new dialogue forms for land protection are also central." The purpose is to strengthen the reindeer herding societies adaptability and resilience to change.

The project is initiated by the Association of World Reindeer Herders (WRH). It is also based on the fact that the International Centre for Reindeer Husbandry (ICR) has recently received approval as an executive body for UN projects, which enable funding from the World Bank/ GEF system. In 2020-2021, the initiative has been in a pre-project phase, with an international project team led by UNEP and Institute Leader Dr Svein D Mathiesen at ICR.

The GEF project has two main components. One part focuses on peatlands in Mongolia, led by the Mongolian Government. The second part is led by ICR, with a grant of around USD 2 million USD, and focus on the 24 different indigenous peoples who live off reindeer herding in the world today. Many of these peoples are very vulnerable in relation to the combined effects of climate change, loss of grazing land, biodiversity change and globalization. Observed permanent loss of reindeer grazing lands is worrying in many reindeer herding regions, at the same time as processes and land management regimes vary.

"There is a great need for better processes and a better knowledge base for development projects in indigenous areas, which is also illustrated, for example, by the Norwegian Supreme Court's recent ruling in the sc. Fosen windfarm case," says project leader and professor Svein D Mathiesen at ICR. He emphasizes that there is potential for improvement: “The project will include contributions to improving methods, dialogue tools, the competence level and capacities of reindeer herders, and appropriate application of traditional knowledge, so that predictability can be strengthened for all parties involved in development and land management processes”. Professor Mathiesen also points out that the project does not primarily have a focus on rights, but a focus on capacity and knowledge building.

Indigenous youth from reindeer herding nomadic communities are the target group for participation in the various competence programs planned, which will include online, physical and hybrid teaching, seminars and simulations, as well as field trips and workshops in local reindeer herding communities in Scandinavia and Mongolia. The work will include new knowledge about resilience in nomadic social systems, use of traditional knowledge in land management, use of newly developed environmental apps, gender-sensitive knowledge about land use under variability and change, new insights into impact assessments, and focus on traditional land use and food systems.

Among the knowledge partners in the project are e.g. Harvard University in the US, considered by many to be the world's premier university. Here is also the Fletcher School of Law and Diplomacy, which is one of the world's leading educational institutions in diplomacy.  Oskal elaborates: " The course part will strengthen the indigenous youth's competence, skills, confidence and international contacts and perspectives, so that they will be better able to handle their own destinies." The ambition is rooted in seriousness: "We want to help them take the step to become the leaders of their own futures, and make a difference in preserving their own nature, society and culture, which is absolutely necessary in these times of unprecedented change across the circumpolar north."

The project is reported by ICR to  GEF and UNEP. The results from the project will furthermore be reported to the Arctic Council through WRH as an Observer Organisation, as an approved part of the Council's biodiversity work.

ICR's new UN executive project agency accreditation and the new project could also have a positive impact locally, and raise the visibility and recognition of the Sámi village of Guovdageaidnu/ Kautokeino internationally: “We want ICR´s role as project executive agency to contribute to consolidating and strengthening Guovdageaidnu as a driver for international indigenous peoples' cooperation in the High North ", says Anders Oskal , who sees concrete opportunities: "We for example see potential for interaction with the ongoing establishment of a new centre for nature protection in Guovdageaidnu, in view of our own focus on the Convention on Biological Diversity, and also for interaction with other indigenous institutions locally and regionally. This contributes to building our new Arctic Resilience Center”. 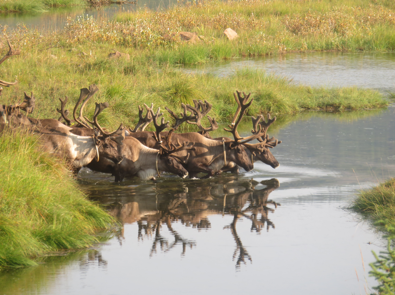 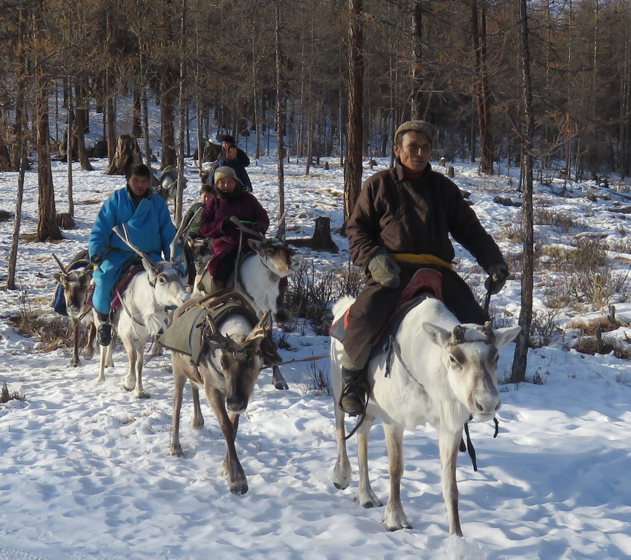 Pictures etc. from our image collections can be used free of charge, on more detailed terms.

Get in touch if relevant.

Association of World Reindeer Herders (WRH) is a voluntary civil society organization for all the 24 different nomadic indigenous peoples that base their lives on reindeer herding, with around 100,000 people in total spread across 10 national States in the circumpolar north. WRH is a permanent observer to the Arctic Council, and has UN NGO Consultative Status. WRH celebrates its 25th anniversary in 2022.

International Centre for Reindeer Husbandry (ICR) is a state administrative body with a special authority, under the Norwegian Ministry of Local Government and Rural Affairs. The centre was established as a result of processes in the Arctic Council and the first Arctic White Paper to the Norwegian Parliament. The centre serves as a professional support secretariat for WRH, and is the coordinator of the University of the Arctic EALÁT Institute.