WIND POWER IN THE REINDEER 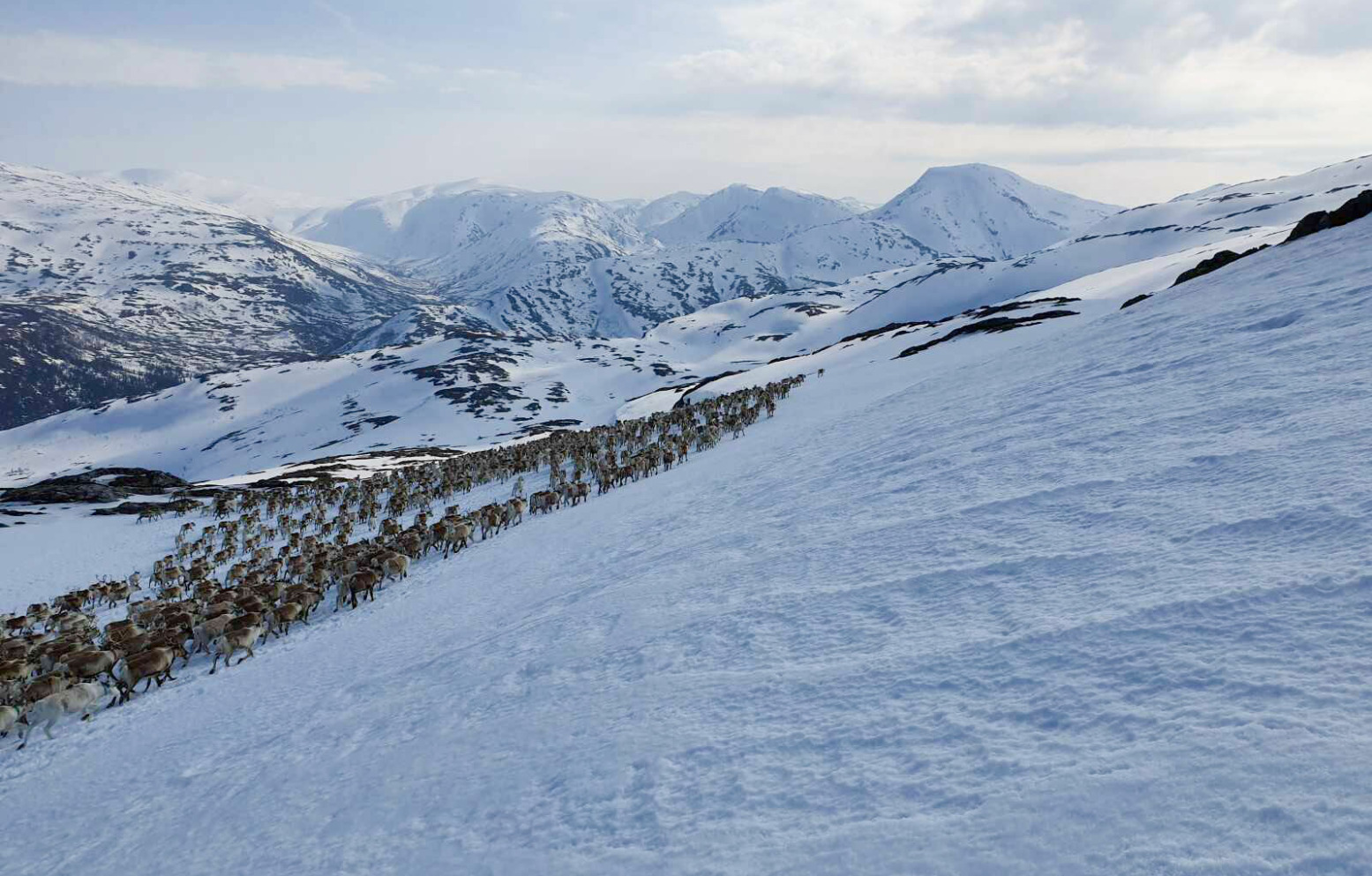 Clear speech about wind power from Storebrand: "This must not happen again"
Storebrand analyst saw with his own eyes "the enormous intervention" the wind farm inflicts on nature. Storebrand is now demanding that the wind power company accommodate the Sami.

It may not be everyday fare. That big capital chastises a wind power company for not accommodating indigenous people. But it's happening now. The financial group Storebrand warns Eolus Vind: They must urgently take action to meet the wishes of indigenous peoples.

"Storebrand manages a lot of money on behalf of you and me, and we do not want to risk the money in a project where there is a possible human rights violation," says senior analyst Vemund Olsen.

Storebrand is a shareholder in the Swedish company Eolus Vind AB. A company that, in its own words, "has been developing renewable energy projects for 30 years".

But now they have crashed with the southern Sami at Øyfjellet wind farm, in Vefsn in Nordland. There are 72 windmills in the middle of the reindeer herds.

Olsen says that the financial group comes up with both requirements and recommendations they want Eolus Vind to follow.

"We want them to consult the reindeer owners again and get their consent on how the wind farm will be run, so that it does not harm reindeer herding.

"And we also say that this must not happen again, that all new projects must take into account the rights of indigenous peoples.

The senior analyst finds it problematic that the state grants licences for wind farms before this has been fully assessed in the courts.

"If indigenous peoples' rights are violated, it is conceivable that they will lose all the money invested, if violations of human rights lead to wind power plants having to be demolished.

Will use his ownership power
Vemund Olsen explains that Storebrand, which is a Nordic financial group, will use its ownership power to push in the right direction so that human rights violations do not occur.

"I think it's important that the financial industry is aware that there may be violations against our own indigenous people as well.

Eolus Vind writes in an e-mail that they do not share Storebrand's assessment of the Øyfjellet wind farm project.

"Storebrand's assessments are also not in line with the assessments and conclusions from the NVE, the Ministry of Petroleum and Energy and the legal system," writes Communications Manager Karin Wittsell Heydl.

She points out that Øyfjellet has all relevant and necessary licences.

"You are criticised for not consulting well enough with the reindeer owners, and Storebrand now expects you to communicate better with the indigenous people?"

"There have been extensive and thorough consultations over several years, and we have had a large number of meetings with the reindeer grazing district. Throughout this process, attempts have been made to find amicable and good solutions with the Jille-Njaarke reindeer grazing district. Unfortunately, the parties have not yet been able to agree on the operational phase, writes Wittsell Heydl.

She adds that Eolus has extensive experience of dialogue with various groups, including indigenous peoples.

Fearing Fosen case
When the analyst from Storebrand visited the reindeer owners at Øyfjell wind farm earlier this year, it struck him how much nature had changed.

"I could see for myself what enormous interventions had been made, and the Sami told me about how the entire now built-up area had been used in traditional reindeer herding. The fact that reindeer need such large areas to meet their needs was new knowledge for me.

"But do you think the wind turbines should be demolished?"

- No, I don't have any preconditions for that. Only the state, in cooperation with Eolus Vind and the reindeer owners, can find out, but one cannot continue to violate the rights of indigenous peoples.

The Supreme Court heard the case after the two facilities in Åfjord municipality had been built. Now Vemund Olsen fears that the same thing could happen in this case. A trial is not expected until May next year. Before then, the windmills at Øyfjellet have been buzzing and running for a long time.

"I think it's absolutely fantastic that a large corporation like Storebrand wants to use its money power in this case, and puts the brakes on Eolus Vind. I am infinitely grateful to them," says Kappfjell.

"That's why I think it's historic what's happening now, that big capital is leading the way. In our own country!

Storebrand gives deadline
Storebrand wants Eolus Vind to enter into a dialogue as soon as possible with the reindeer Sami at Øyfjellet. To find out what the needs and rights of indigenous peoples are.

- So, is it the case that they should sharpen up, do you think?

- Yes, I'd say they have to. In fact, you have to be prepared to make changes in order for reindeer husbandry to be carried out in the traditional way. As long as there is no common understanding about this, communication with indigenous peoples has not been good enough. If we do not see the results we want, the company risks being excluded. We will avoid placing people's savings in human rights violations!

We will continue to work for a good and constructive dialogue, so that we can facilitate the relocation of reindeer even better. But the reindeer grazing district has declined several invitations from Eolus to provide input and discuss mitigation measures.