History of the reindeer herd in Scotland 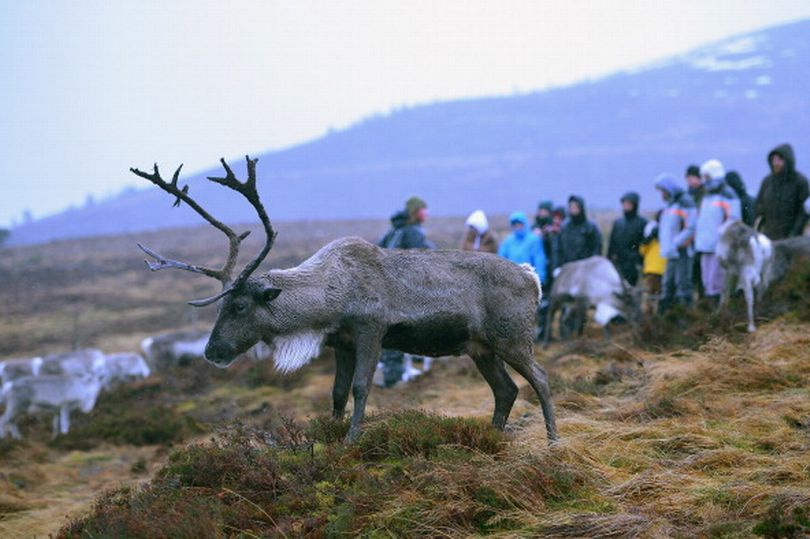 Reindeer are a Christmas icon known for leading Santa's sleigh on its worldwide journey each year. These furry creatures are instantly recognisable, yet throughout the British Isles, there's only one place you'll find them.

The Cairngorm reindeer herd, tucked away deep in the national park, is famous for being Britain's only free-ranging herd of reindeer, and it wasn't always this way - for hundreds of years, reindeer were totally gone from Britain, having been hunted to extinction in the 13th century - that was until 1952 and the actions of one pioneering Sweden.

When Mikel Utsi and his wife, Dr. Ethel Lindgren, looked over the sub-arctic Cairngorms in 1952, they saw what they believed to be the only area capable of sustaining a population of reindeer. Both knew that while plenty of historic records mentioned reindeer inhabiting the forest of ancient Britain, their local climate had changed significantly since then.

The Cairngorm Reindeer site writes that on April 12, 1952, Mr Utsi "brought some of [his] Swedish mountain reindeer to Scotland as an experiment, to show that they could live and breed in these surroundings."

These animals were brought to Scotland aboard the Swedish vessel S. S. Sarek and spent 28 days in quarantine at Edinburgh Zoo before finally being taken to the Cairngorms. This initial herd consisted of just two bulls and five cows, but eighteen more reindeer would join in the years that followed.

Not everyone was reportedly happy about the prospect of a reindeer herd in the region and at first, the animals had the graze in an area known as Moormore as experts deduced whether their presence would affect nearby tree growth.

In 1954 the Forestry Commission allowed 1,100 acres on Airgod-meall (Silver-Mount) to be given over to the herd - an area they inhabit to this day.

And the deer thrived, attracting a great deal of public interest and drawing thousands to what would one day become Scotland's first national park. By the 1960s, herders had mastered crowd control in the form of their 11am trip, which began to be integrated into their daily routine.

Having seen his vision realised, Mikel Utsi passed away in 1979, leaving the widowed Dr. Ethel Lindgren to oversee operations. It was under her watch that current owners Alan and Elizabeth Smith honed their herding skills, with the couple purchasing the herd in 1988 following Dr Lindgren's death.

As the herd continued to grow, the decision was made in the 1990s to split the herd into two areas, the Cairngorms and the Cromdale hills near Glenlivet. This has made management and the prevention of disease much easier.

In the 21st century, the animals, which now number roughly 150, continue to find success; in 2022, a trio of rare white reindeer calves were born and have been touring the country in the lead-up to Christmas.

Commenting on the success of the herd Mark Tate, CEO of VisitCairngorms, said the team had: "Done a wonderful job nurturing the herd over the years. It's thanks to the really special environment we have here in the Cairngorms that they've thrived and grown."

Photo: Reindeer were introduced to Scotland in 1952 by Swedish Sami reindeer herder, Mikel Utsi, from AberdeenLive