Reindeer population has increased in Mongolia 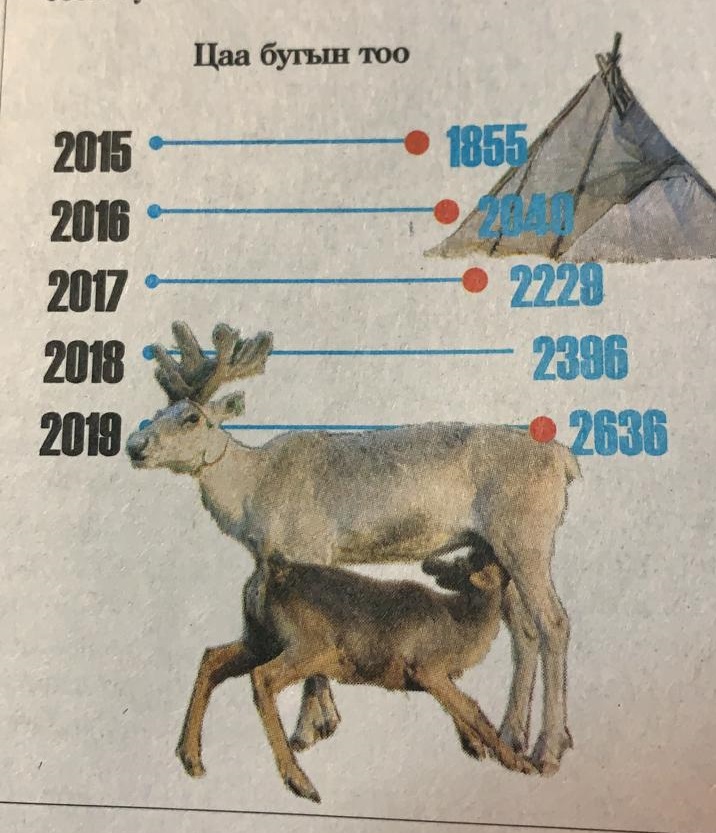 According to a study by the National Statistics Committee, the number of reindeer in Mongolia increased to 2636 by the end of 2019. This is a 240-fold increase over the same period last year.

The reindeer is an endangered species in the Red Book of Mongolia and intensive protection policies have been steadily increasing since 2016.

Photo from the daily newspaper "Unuudur"