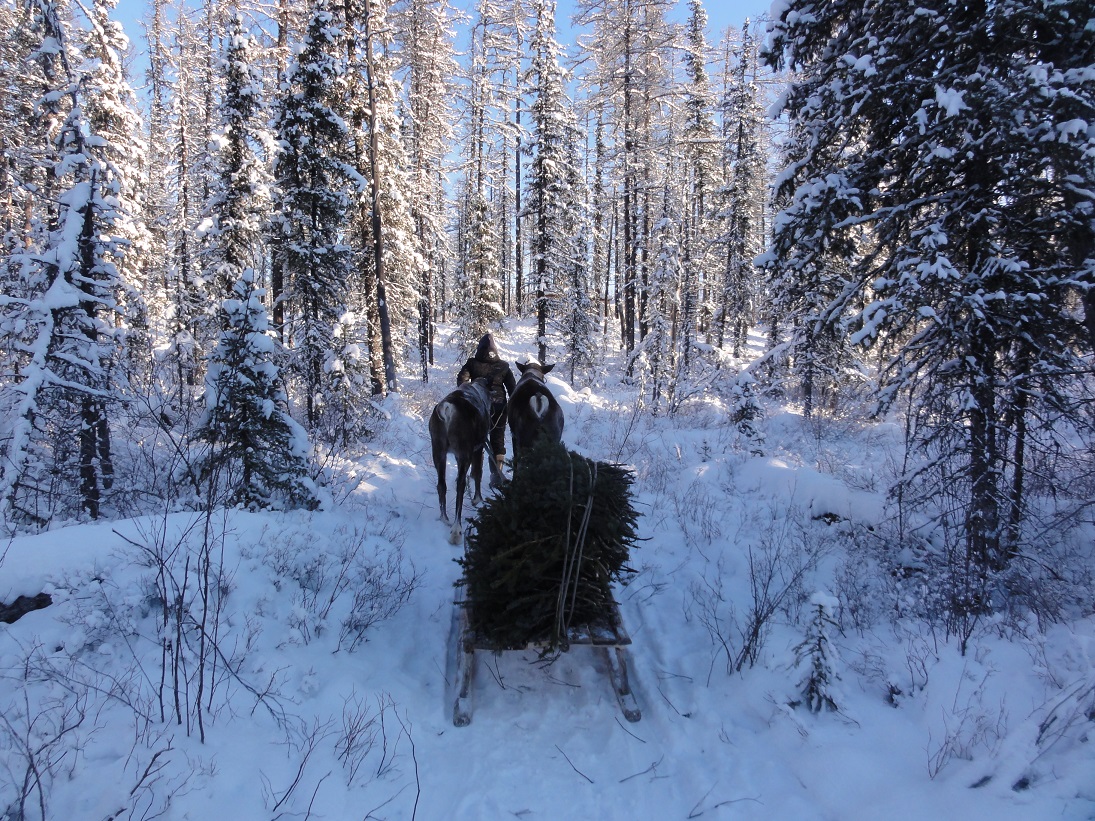 A new UArctic article by ICR team about resilience to climate change. The article is published in this year’s UArctic Shared Voices magazine.

Six times the size of France, the Republic of Sakha (Yakutia) stretches from the Henrietta Islands in the far north to the Stanovoi mountain range in the south.

It is a land of contrasts: it has some of the coldest climates and extremes of temperature on the planet with permanent human settlements, a rich and diverse biodiversity with large undisturbed habitats, and indigenous traditional livelihoods practiced for centuries.

Yakutia is home to several small-numbered indigenous peoples who practice reindeer husbandry, including the Evens, Evenks, Dolgans, Yukagirs and Chukchi. With more than 152,000 reindeer, Yakutia has the second largest number of reindeer in Russia. Reindeer herding in Yakutia is practiced in different climate zones and ecosystems ranging from Arctic tundra to mountain and boreal taiga. Taiga reindeer husbandry consists of small-sized herds. These communities combine herding with hunting of wild game in areas of extensive industrial development, which represents a profound challenge for taiga reindeer herders in addition to climate change and globalization.

Extreme temperatures are typical to Yakutia, from -65°C in winter to +40°C in summer. Nevertheless, air temperature in spring in Northern Yakutia has for the last thirty years increased with more than 6°C, effecting the economy of reindeer herders’ communities. In summer, fires are one of the major threats to biodiversity and reindeer herding, and a major contributor to land degradation in Yakutia.

Indigenous reindeer herders in the Circumpolar North are facing profound changes in their societies. Both climate change and socio-economic change are already impacting the economies and cultures of reindeer husbandry. Adaptation to climate change demands training of Arctic leaders in long-term sustainable thinking based on the best available adaptation knowledge, that is, both scientific and experience-based traditional knowledge. The UArctic Institute for Circumpolar Reindeer Husbandry (UArctic EALÁT Institute) seeks to strengthen the resilience of herding societies through capacity building of indigenous youth – the Arctic leaders of tomorrow.

Examples of the initiatives and projects of the UArctic EALÁT Institute:

The UArctic EALÁT Institute works in close cooperation with North-Eastern Federal University (NEFU) in Yakutsk, Russia, and the international UNESCO Chair on Social and Human Adaptation of the Arctic Regions to Climate Change, located at NEFU. The Republic of Sakha (Yakutia) has strongly contributed to the Institute’s activities since its establishment in 2011.

The magazine is now online, and you can read all articles here: